The Sky is the limit, Let’s Blow the Top Off! 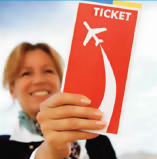 UASI wants to recognize the extra efforts of our team in solving the needs of our clients.

UASI is going to reward our staff professionals
throughout the year with a program of prizes:

Since the Sky is the limit, Let’s Blow the Top Off!

Employees must be employed by UASI at the time of a drawing to be eligible.

Those eligible will receive 1 prize entry for each full month of employment with UASI (between 4/1/13-1/31/2014). Look for the Winner announcement on the 2nd Friday of each month, beginning May 10 (see Prize Calendar below). Eligible Employees who were employed on April 1st will have 9 prize entries when the Grand Prize is drawn on February 8, 2014!

Monthly winners will remain eligible for the Grand Prize drawing, but not the subsequent monthly prizes.

What an exciting time to be in Healthcare and working with UASI! We can’t wait to see the winner in their new car.